An active pen – also known as stylus or digitizer – have been a part of portable computing for as long as digital displays have been around. Early pens weren’t “active” and were usually nothing more than a plastic stick. But as consumers quickly learned, capacitive styli weren’t only imprecise, they were limited in features. Early styli also couldn’t tell the difference between a pen and a resting palm which made for some awkward hand positioning. An active pen isn’t only more accurate, it can be designed to feel more like a real writing instrument and offer various features depending on the software and buttons.

LG VELVET is only the second device in LG’s smartphone lineup (in addition to the V60) to offer active pen support. This will come as great news to users who need to get stuff done on the move when pulling out a laptop or tablet isn’t a viable option. Such professionals could include doctors, architects, general contractors, designers, artists, or anyone who needs to take notes when there’s no desk. 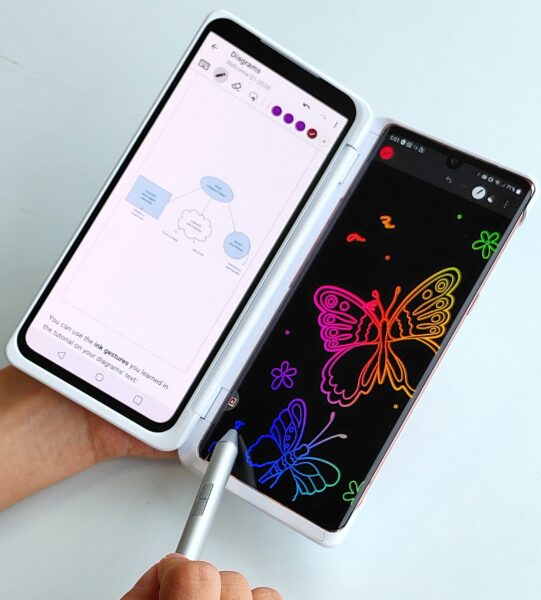 Because LG VELVET is compatible with active pens that support Active Electrostatic (AES) digitizer technology, you can choose from among hundreds of third-party digital pens on the market today. And unlike the thin, plastic stylus that comes with some smartphones, LG VELVET owners can select a pen that fits their hand like a real writing instrument, providing hours of note taking and sketching comfort.

With LG VELVET, a compatible active pen and the pre-installed QMemo+ app, you can create and interact with handwritten and typed notes, sketches and drawings like never before, via a straightforward interface which maximizes note-taking accuracy, flexibility and efficiency. 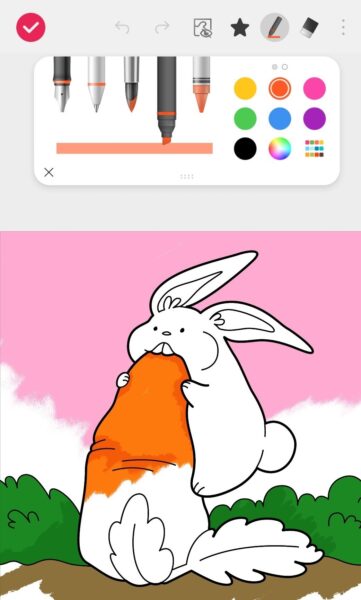 LG VELVET with an active pen also makes it extremely simple to convert handwritten notes into calligraphy. Jot memos using six types of pens and 70 unique colors. If you like to sound of pen on paper, you can even turn on that sound effect. And for something more therapeutic, you can finish coloring that carrot while waiting for the bus. 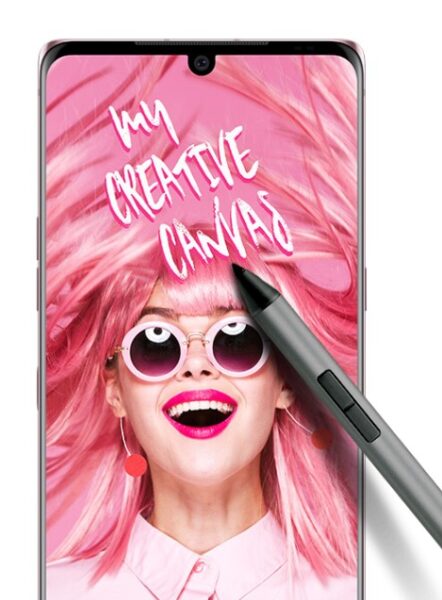 What’s more, QMemo+ and active pens work equally well on both the phone and the optional Dual Screen so you can take advantage of QMemo+’s unparalleled accuracy on two displays at once. Take notes during chats or video calls without having to minimize either app, use the stylus within QMemo+  while reading a document or web browsing or jot down that important piece of information as it’s being presented during that emergency conference call.

Writing may not be as ubiquitous in the digital age but it’s still a valuable skill that won’t be going away anytime soon. With LG VELVET and a compatible active pen, you can step up your writing game into the 21st century and beyond.